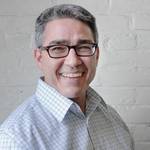 People never call a lawyer when things are going great.  Lawyers are typically called after things go sideways.  I could not image hiring an attorney for serious legal matters based on an advertising campaign.  Yet I know that is exactly how many people hire attorneys.  The last thing most people want to deal with when faced with serious legal problems is interviewing lawyers.  The first attorney they speak with is often hired.  Sometimes, things work out fine.  Other times, not so much.  When you face serious legal matters, your get to choose who represents you. Take the time and find a lawyer you can trust.

I was raised in the Valley Falls section of Cumberland.  After graduating from high school, I enlisted in the Marines and graduated boot camp as the “honor man” – essentially the top graduate.  After a tour in Okinawa, I was accepted into the Marine Corps Embassy Security Group (then known as the Marine Security Guard Battalion) and served tours at United States Embassies and Consulates in Saudi Arabia, Czechoslovakia and Trinidad and Tobago.  I served just over five years on active duty, obtained the rank of sergeant, and received an honorable discharge.  My Marine Corps experience changed the trajectory of my life.  It set the unwavering standards which still guide my actions as father, a citizen, a neighbor, and an attorney.

I was entrusted with the safety and security of others overseas at a remarkably young age.  This responsibility instilled in me a level of discipline, accountability and self-reliance that influence all that I do.  I attribute my success to it.  And I use those same traits to pursue justice for my clients.  At the end of the day, you decide who you want to cover your back.  Give me a call before you chose.  Together we can get it done.

Thank you for contacting Fayan Law, P.C. We will reply to you shortly. If your situation requires a fast response, please call 401-475-2755.

Please complete all required fields below.

You deserve quality representation from an attorney who understands your needs and how to protect your best interests. Turn to Fayan Law, P.C., to get experience, skill and compassion all in one place.